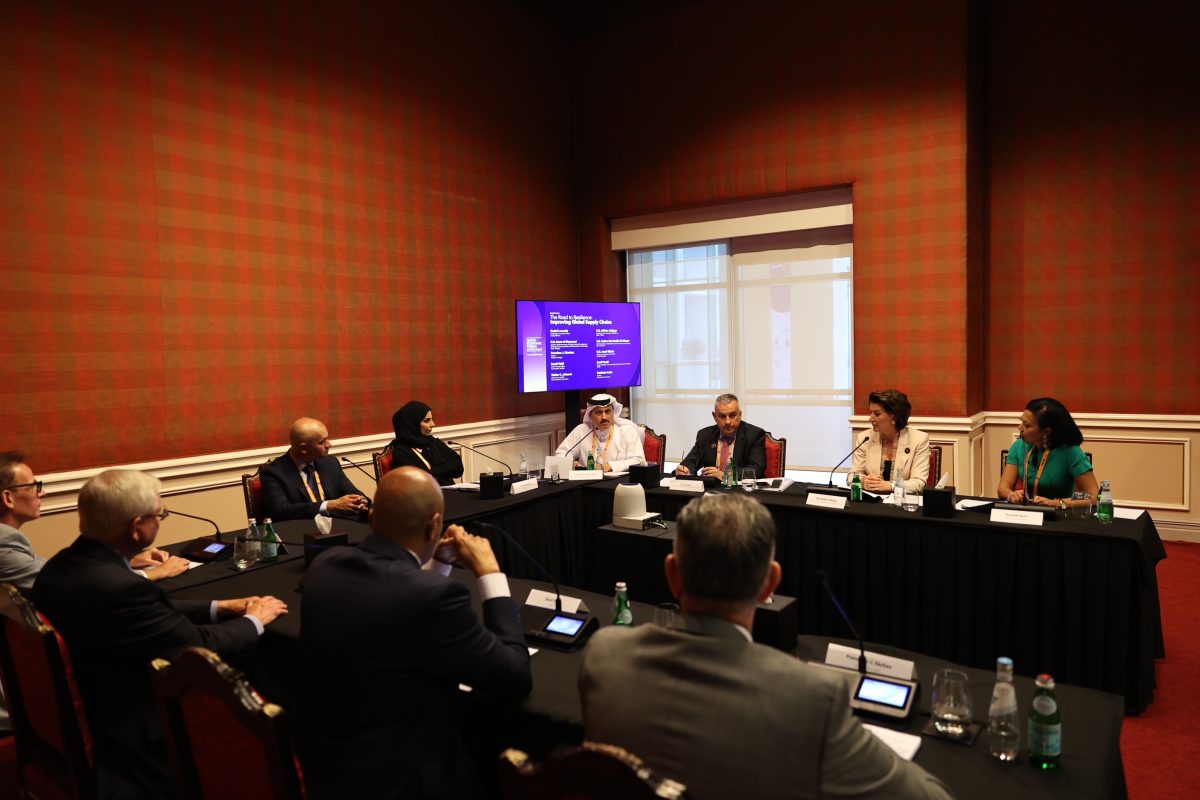 His Excellency Mr Sultan bin Rashid Al Khater, Undersecretary of the Ministry of Commerce and Industry, participated in a roundtable entitled: ‘Road to Resilience: Improving Global Supply Chains’, within the framework of the Qatar Economic Forum, Powered Bloomberg, taking place until Wednesday, June 22, 2022.

During his intervention in the meeting, His Excellency the Undersecretary of the Ministry of Commerce and Industry touched on the challenges witnessed by global supply chains in light of the preventive measures that were imposed to curb the spread of the COVID-19 virus, as well as other geopolitical crises that weighed heavily on global supply chains. In this regard, His Excellency Mr Al Khater pointed to the necessity of establishing solutions that contribute to preserving the rules of the global economy in a way that supports the flow of international trade and investment.

Food security is of paramount importance to the State of Qatar, who is taking measures to ensure that global supply chain disruptions do not affect the quality of life, both in Qatar and abroad, His Excellency pointed out.

In the context of his talk about previous experiences that can be leveraged to reduce supply chain difficulties, His Excellency highlighted the efforts of the State of Qatar to continue implementing its development plans aimed at achieving its National Vision in all priority sectors. His Excellency Mr Al Khater referred in this regard to the initiatives aimed at supporting Qatar’s agricultural sector, which contribute to increasing production to meet local market needs. Moreover, the State of Qatar has succeeded in achieving self-sufficiency in several basic foodstuffs, including milk, dairy products, and poultry.

His Excellency added that these initiatives contributed to supporting the national economy, referring to the country’s logistical and warehousing capabilities and infrastructure that were designed according to the highest international standards, especially shipping lines, and air freight services, aimed at enhancing access to global markets.

In this regard, His Excellency the Undersecretary of the Ministry said, “We have set in place, early on, a strategy to develop all factors related to imports and supply chains. This includes the development of key infrastructure projects such as Hamad Port, which […] acts as one of the prominent ports in the Middle East.”

The State of Qatar played an active role in supporting working groups aimed at enhancing the World Trade Organization’s response to trade challenges in the agricultural sector during the pandemic period, His Excellency added, pointing out that the State had made sure not to impose restrictions on exports of agricultural foodstuffs allocated for the United Nations World Food Program.

His Excellency the Undersecretary of the Ministry of Commerce and Industry also touched on the role of advanced technology in supporting supply chains in the short and long terms. His Excellency pointed a spotlight at the efforts exerted by Qatar over the past years to raise its strategic stock of food and strategic commodities. To this end, the State has established an electronic system to manage and control the country’s strategic stock, and also devised plans and programs to secure foodstuffs for citizens and residents and confront various challenges that impede the flow of food and consumer goods to local markets, His Excellency further said. Moreover, the State developed mechanisms to speed up the response to any emergency conditions.

Moreover, all concerned authorities in Qatar have worked to develop a number of programs and projects related to building a knowledge-based economy, by developing a strategy for scientific activities and innovation, putting in place incentives and financing mechanisms, raising productivity, preparing an operational model that supports innovation, establishing platforms and databases for scientific research and innovation, and strengthening cooperation with relevant international organizations, His Excellency Mr Al Khater pointed out.

His Excellency the Undersecretary touched on the ‘Technology and Innovation Support Centres’ initiative launched by the State, in coordination with the World Intellectual Property Organization (WIPO), government agencies, and a number of private sector institutions, in aims at enhancing innovators’ access to patents. Additionally, His Excellency spoke of Law No. (10) of 2020 on the Protection of Industrial Designs, which aims to protect the formal aspects of industrial innovations. His Excellency also touched on Qatar’s efforts to join a number of international agreements that represent the highest international standards in the field of intellectual property protection and innovation, including the Madrid System for the International Registration of Marks, the Patent Law Convention, and the Hague System for the International Registration of Industrial Designs.

The State of Qatar has also launched a program to attract major investors in the international arena, as part of the National Manufacturing Strategy (2018-2022) initiatives, His Excellency said, further pointing out that in this regard, Qatar had worked hand-in-hand with the Investment Promotion Agency to prepare 25 industrial projects across the seven strategic sectors identified in the strategy.

At the conclusion of his intervention, His Excellency Mr Sultan bin Rashid Al Khater, Undersecretary of the Ministry of Commerce and Industry, stressed that Qatar’s support for innovation, research, development, and knowledge has contributed to enhancing the technological capabilities of the industrial sector. Moreover, effort are underway to enhance the State’s investments in diversifying local and global supply chains, by developing infrastructure and adopting the latest digital and logistical technologies and tools, His Excellency further pointed out.

Moderated by Mrs Haslinda Amin, Anchor, Bloomberg Television, the roundtable touched on the current challenges in global supply chains and the prospects of globalization in light of the labour shortages, the international fragmentation of production, and geopolitical tensions that interfere with the free flow of goods. Additionally, the roundtable featured discussing ways to recalibrate economic systems to be more resilient to enhance States’ ability to adapt to various changes, as well as consolidate trade’s role as an engine of global development and prosperity.

The State of Qatar is hosting the second edition of the Qatar Economic Forum, Powered by Bloomberg, over three days, under the slogan ‘Equalizing the Global Recovery’, with the participation of a number of heads, state leaders, official figures, senior officials, decision makers, and more than 500 business leaders from around the world, and featuring over 75 keynote speakers.

The Forum’s current edition highlights a number of global topics and issues, including: achieving equality in the long-term global economic recovery equation, the future of global markets and prospects for globalization, ways to support global supply chains, sports from a business perspective, transformations in the energy sector and the green economy, and mechanisms to reduce carbon emissions. 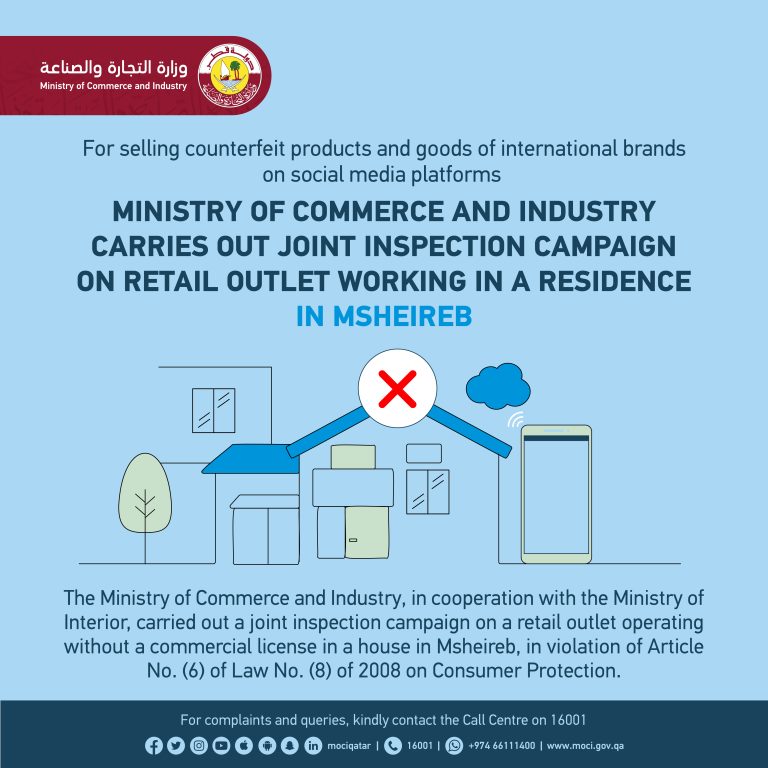 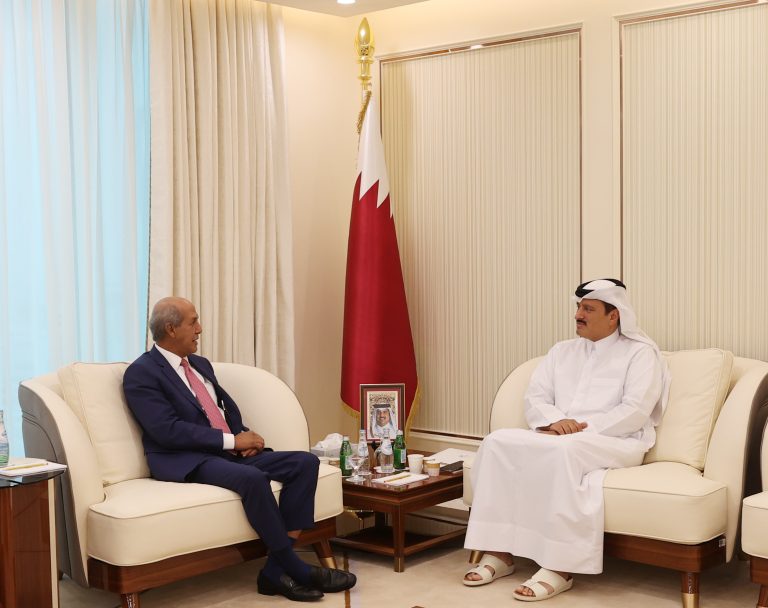 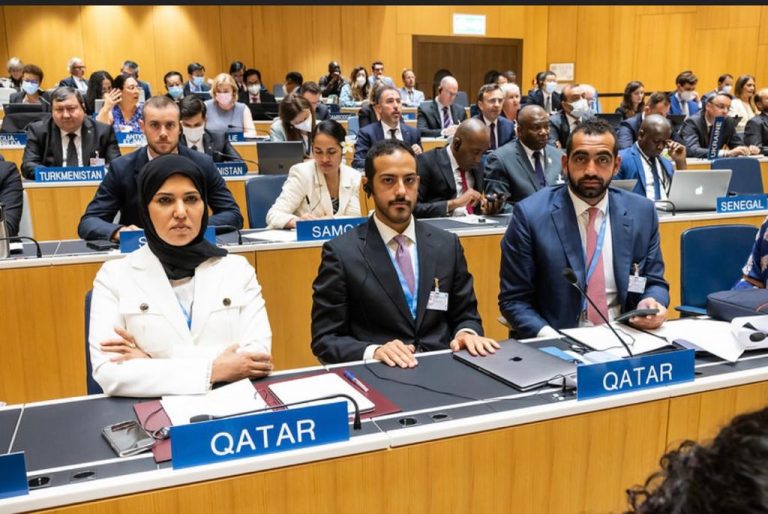